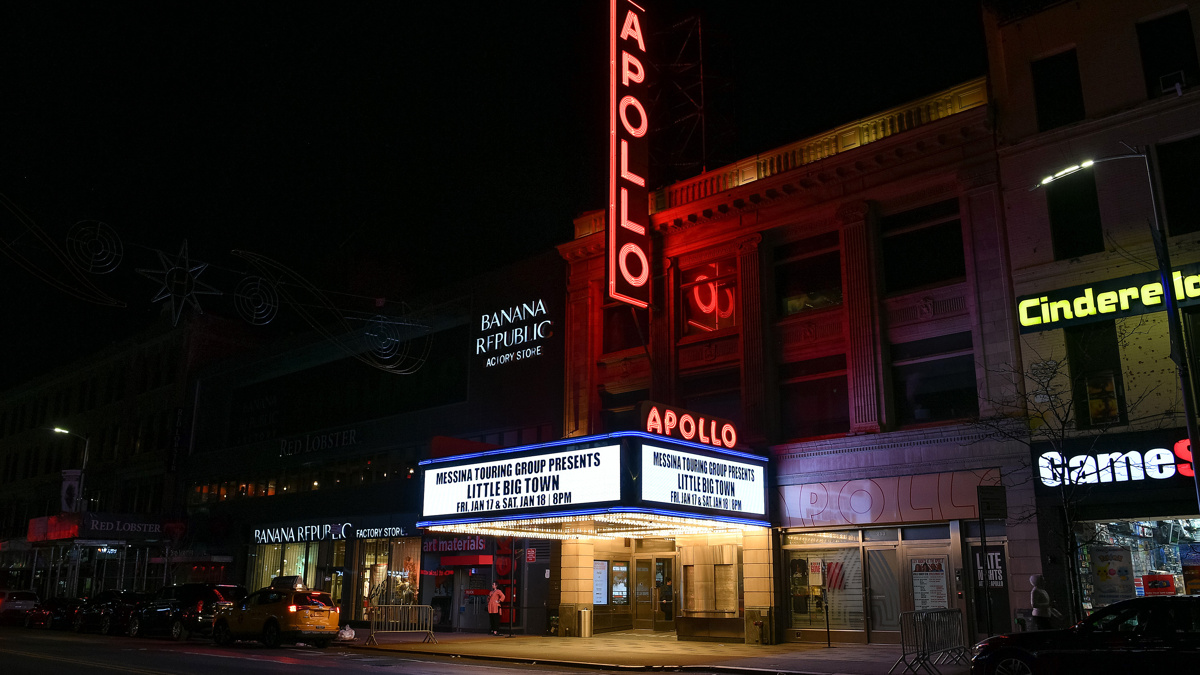 Following the killing of George Floyd, there have been protests as well as candid discussions regarding racism in the theater community. On June 5, a Change.org petition was started, advocating to make Harlem's historic Apollo Theater an official Broadway house. By June 8, the petition already had 12,500 of the desired 15,000 signatures.

The petition starter, currently anonymous, pointed out that none of Broadway's 41 houses are Black-owned. "The historic Apollo Theater meets all the requirements of a Broadway house, but no theatrical shows produced there have ever been Tony eligible," the petition page reads. "By signing this petition, you are fighting for more inclusion and more people of color to hold key decision-making roles on Broadway." The hashtag #ApolloBroadway has been used to publicize the cause.


The goals outlined in the petition include the Apollo Theater gaining entrance to the Broadway League, board participation in the American Theatre Wing as well as exposure and opportunity for Spring Road conference participation. In terms of meeting the size requirements to become an official Broadway house, the Apollo Theater has 1,506 seats. The Helen Hayes Theater, which is currently the smallest Broadway venue, has 597 seats.

As previously reported, Tony winner Phylicia Rashad was set to direct a production of Charles Randolph-Wright and Nona Hendrix's musical play Blue this spring at the Apollo. As a result of the coronavirus crisis, which is still has Broadway theaters shut down, all Apollo Theater events have been canceled through June 30.

The Apollo Theater opened its doors in 1914 and has played a pivotal role in the emergence of quintessentially American musical genres like jazz, swing, bebop, R&B, gospel, blues and soul. In 1983, the Apollo received state and city landmark status, and in 1991, Apollo Theater Foundation, Inc., was established as a private, not-for-profit organization to manage, fund and oversee programming. Today, the Apollo, which functions under the guidance of a board of directors, presents concerts, performing arts, education and community outreach programs.